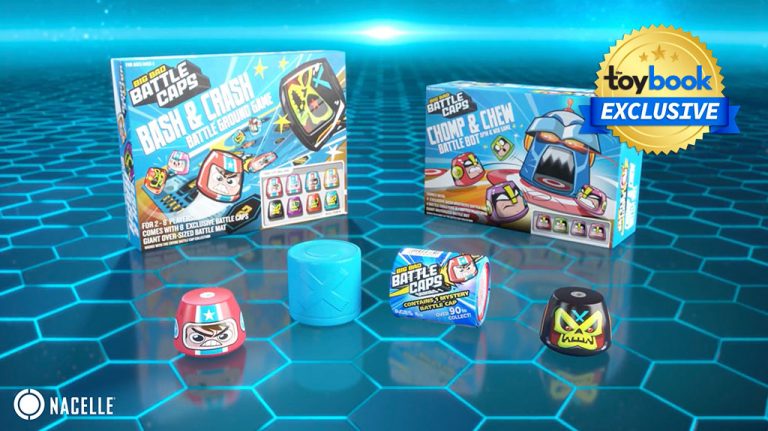 Following the recent debut of its kid-focused Garden Surprise collectibles line, the company dropped the curtain on its next brand: Big Bad Battle Caps. The new line includes a range of products designed to capture the spirit of bottle cap games, but with a fresh, modern look. The line is debuting alongside an official commercial directed by Manny Galán at MAKE Visual.

“Since the first time I showed my son, Grant, this commercial, he has not stopped asking for Big Bad Battle Caps,” says Brian Volk-Weiss, founder and CEO, The Nacelle Co. “I challenge anyone to get that song out of their heads in less than 72 hours!”